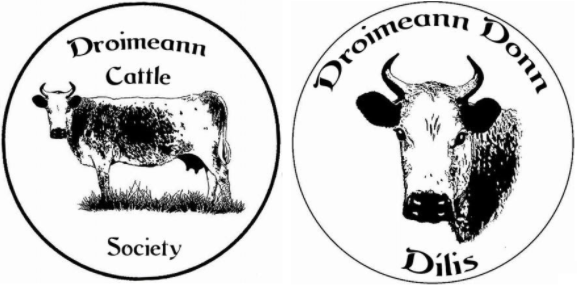 Here on the hills of Connemara we have a few red grouse.  The local gun club of which I am a member has had a moratorium on shooting them since 1987  the reason is simple; they were dying out and no right minded sports man would want to make the situation worse. At the time there was no knowledge in Ireland as to how to save them  we had to look to the UK and Scotland for the solutions.

Why have red grouse numbers dropped over the years?

It’s a combination of habitat loss through forestey,  drainage, commercial bog use, predators and both over and under grazing.Also we  have no full time game keepers for many years in Ireland. Grouse have been here in Ireland since the ice age, they are iconic birds of the bog and hill.  Exceptionally fast flyers they are considered the ultimate game bird for the shooter and they are  a wonderful flavoured meat.

Here in Connemara we have had a small red grouse conservation project for the last 8 years.  We try to practice as best as possible the tried and tested methods to help the birds.

Recently I was asked by a friend whose hill farm can only be described as glorious if we could provide Droimeann cattle to help eat down the strong summer grass and to help open up a bit more of the ground/bog to assist insect life. This would also assist the grouse habitat .Knowing the man, the hill, the grouse ; we jumped at the chance.

There had been no cattle on the hill for over 30 years only sheep and even at that it was never grazed hard.

There is excellent Heather and an abundance of forage. It is prime habitat for grouse, lap wing and golden plover, the quality of the Sheep Peter Walsh the farmer has on it is top quality. We had hoped to put ten plus cows and a couple of older  males on it but a combination of late calving,  young calves and stock we needed to keep away from the bull thwarted that so we decided to use this summer as an experiment, confine just  the young heifers and bullocks we will let on for our local beef to  one 200 acre strip.

If you pardon the pun , they took it like ducks to water. They are thriving on it, great weight gain, shining coats and healthy. It will be very interesting to compare them with the lowland grazed stock in October.

The cattle are grazing a variety of cover.   The grass is heavy mostly. They have favoured two specific areas from what I have seen. They have avoided the areas we burned  rank Heather a few years ago and they have stayed away from lower wetter areas with abundance of bog myrtle, willow and asphadel.

In my opinion they are ideal for the terrain and next year we will have a lot more cattle out as well as for longer. Historically the Connemara hills held a lot of cattle.  A neighbour of mine; Mrs Curley was reared in the neighbouring Barr an Oran valley in the heart of the 12 bens.  She loved telling me about her father who kept 80 cows and calves,  500 sheep ,2 ponies on his farm. The farm is now commercial pine  forest and another part is part of the national park. 2000 acres and no grouse nor beast. ” the song of the Irish countryside is the lowing of cattle ” professor Kevin Whelan UCD. Piece written by John O Halloran.

Funding for the establishment of this website was supported in part by the Department of Agriculture, Food and the Marine.

We use cookies on our website to give you the most relevant experience by remembering your preferences and repeat visits. By clicking “ACCEPT ALL”, you consent to the use of ALL the cookies. However, you may visit "Cookie Settings" to provide a controlled consent.
Cookie SettingsREJECT ALLACCEPT ALL
Manage consent

This website uses cookies to improve your experience while you navigate through the website. Out of these, the cookies that are categorized as necessary are stored on your browser as they are essential for the working of basic functionalities of the website. We also use third-party cookies that help us analyze and understand how you use this website. These cookies will be stored in your browser only with your consent. You also have the option to opt-out of these cookies. But opting out of some of these cookies may affect your browsing experience.
Necessary Always Enabled
Necessary cookies are absolutely essential for the website to function properly. These cookies ensure basic functionalities and security features of the website, anonymously.
Functional
Functional cookies help to perform certain functionalities like sharing the content of the website on social media platforms, collect feedbacks, and other third-party features.
Performance
Performance cookies are used to understand and analyze the key performance indexes of the website which helps in delivering a better user experience for the visitors.
Analytics
Analytical cookies are used to understand how visitors interact with the website. These cookies help provide information on metrics the number of visitors, bounce rate, traffic source, etc.
Advertisement
Advertisement cookies are used to provide visitors with relevant ads and marketing campaigns. These cookies track visitors across websites and collect information to provide customized ads.
Others
Other uncategorized cookies are those that are being analyzed and have not been classified into a category as yet.
SAVE & ACCEPT